Session 1: Safety. To Care is to Become Aware 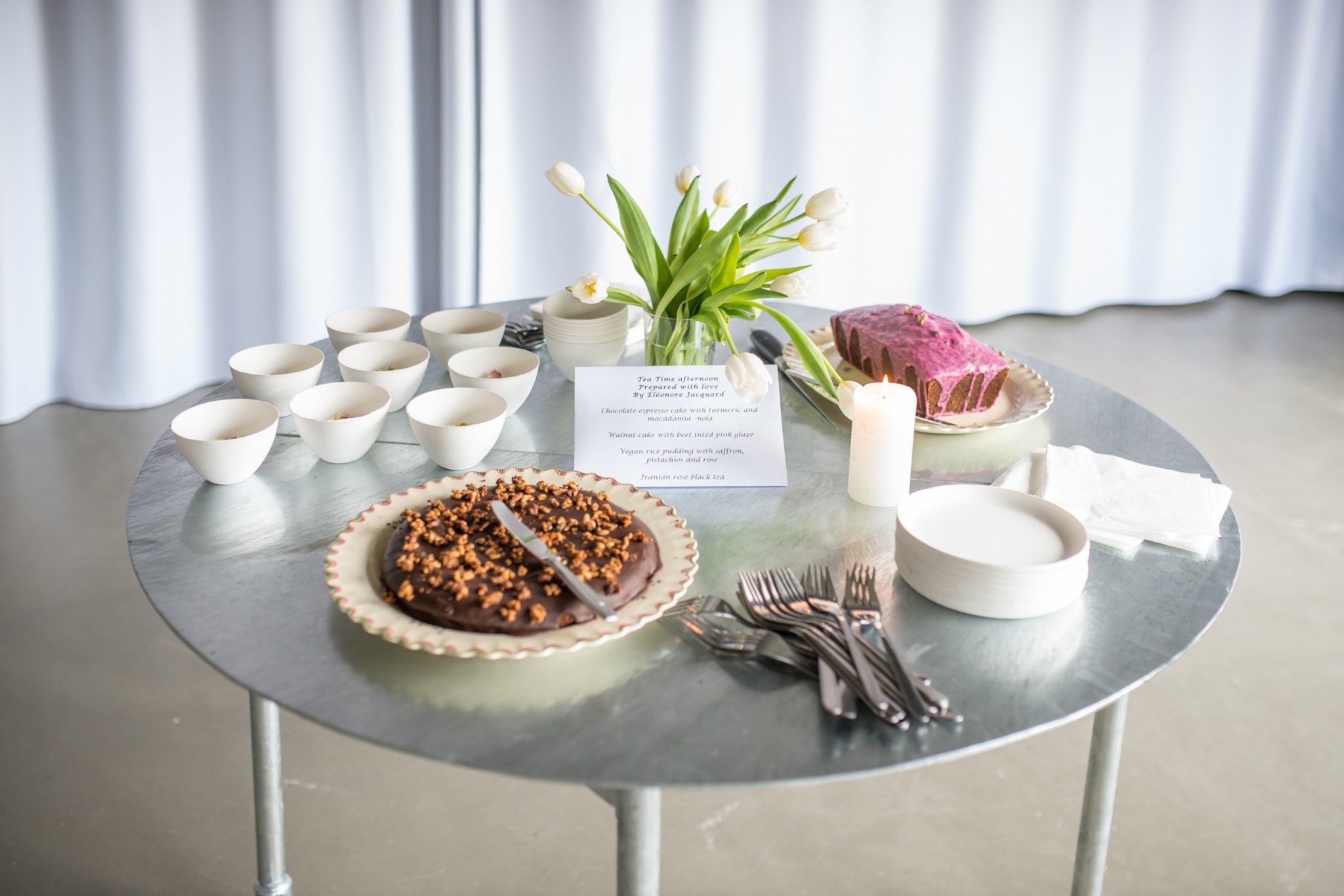 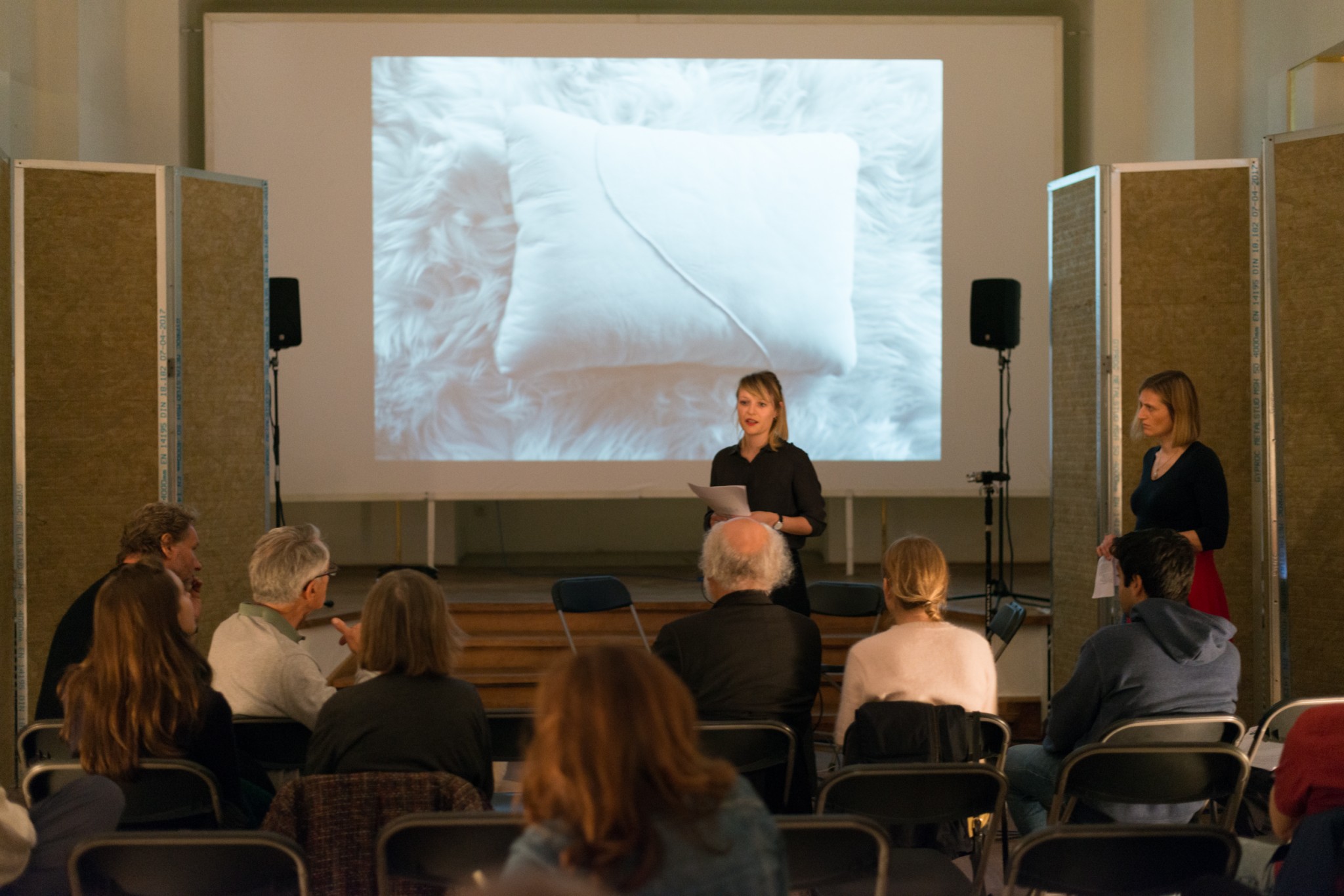 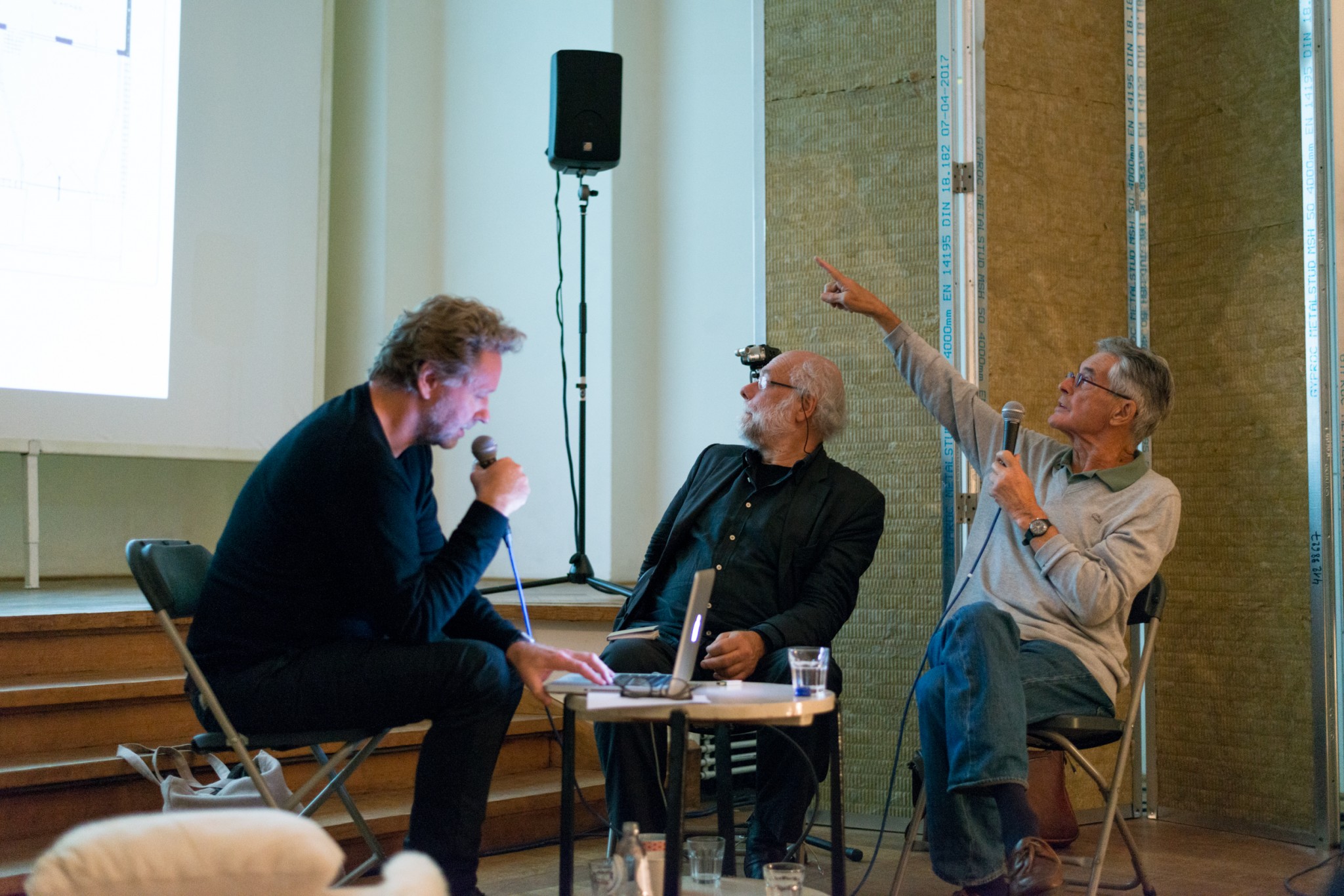 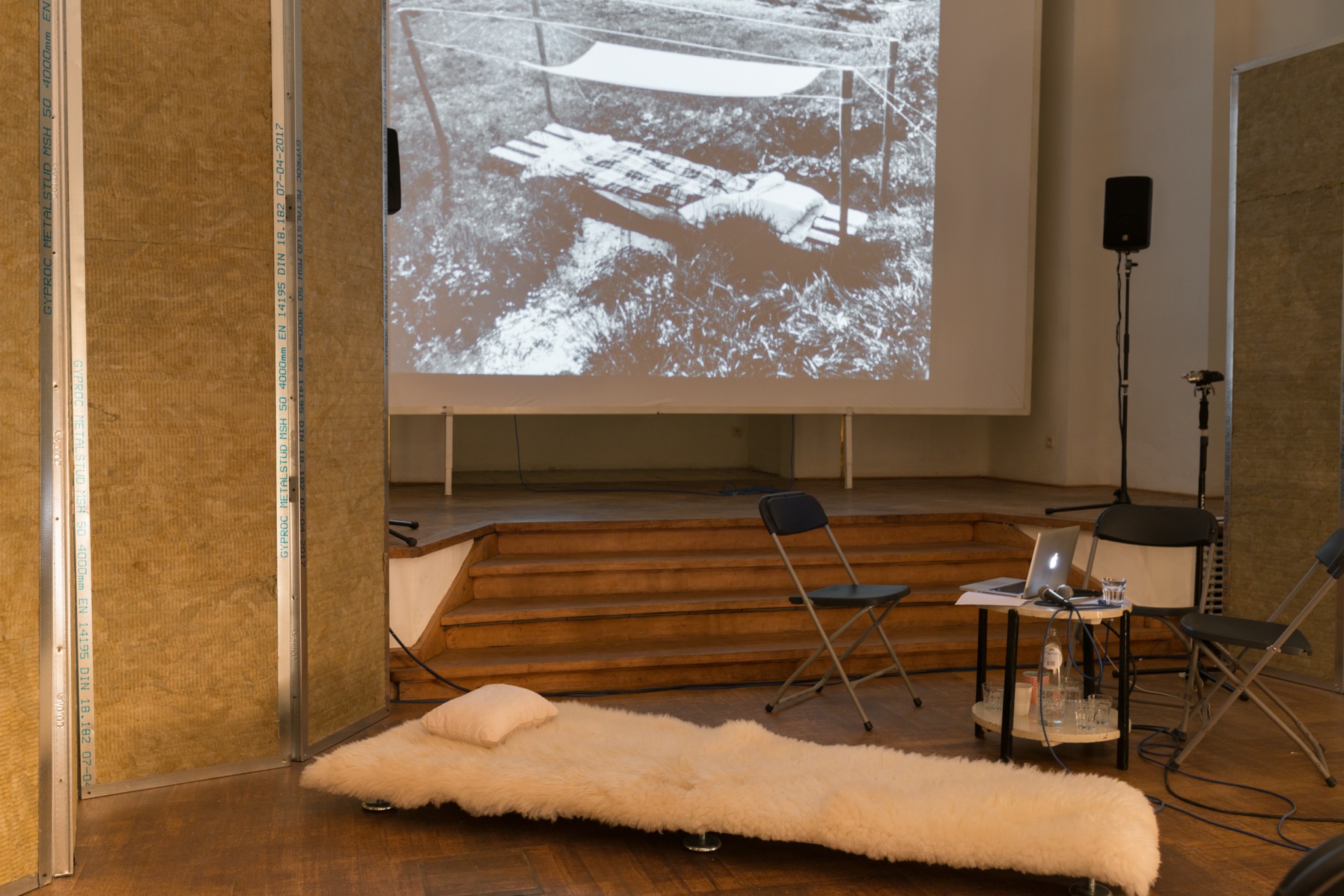 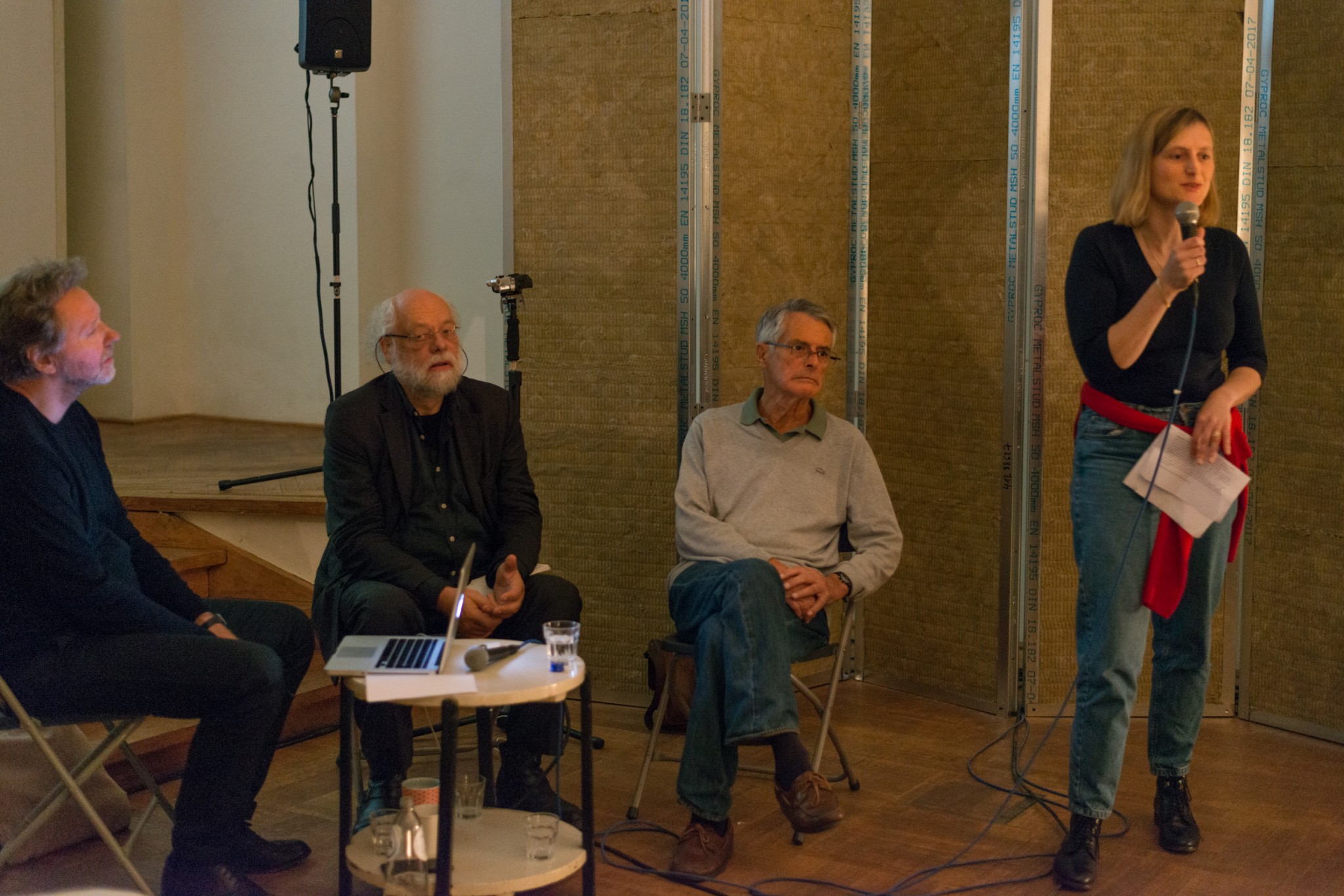 In 2015, Richard Venlet developed a daybed inspired by the floor plan of Hôtel Wolfers, a modernist town house in Brussels built by Belgian architect Henry Van de Velde in 1929. At La Loge, the daybed – a comfort zone dedicated to reflections on architecture – will physically be present, facilitating a conversation about how the love triangle between the edifice, the architect and the dweller unfolds into either intimate relationship or dark romance.

Berlinmuren is a portrait of a Swedish woman called Eija Riitta who is “objectum-sexual.” Since June 17, 1979, her name is Eija Riitta Berliner Mauer taking the name of her husband, the Berlin Wall. Eija’s blog explains the situation perfectly – her attraction to rectangular parallel lines, constructions such as bridges, fences or the Berlin Wall. More than a documentary on the subject, Lars Laumann filmed the encounter between two lovers of the Berlin Wall.

Exhibition is a film about the love relationship we develop with our homes. When D and H decide to sell the West London townhouse they have cherished and inhabited for two decades, a difficult process of saying goodbye to their shared history under the same roof unfolds.

Cookies is a collective of four designers based in Rotterdam. Formed by Antonio Barone, Alice Grégoire, Federico Martelli and Clément Périssé in 2015, Cookies works as a platform and catalyzer for art and architecture. Using exhibition-making as a medium, Cookies explores the relation between art, research, display, curating and architecture.

Richard Venlet (AU, °1964) is an artist whose work combines art and architecture history research, exhibition design and sculpture. Altering spatial conditions by means of carefully designed interventions, his “environments” lay bare the ways in which architecture influences the experiences of bodies passing through. Venlet’s artistic practice is complemented with regular collaborations with designers and architects, including Joris Kritis and OFFICE Kersten Geers David Van Severen.

Entrance: 4 €
Seminar language: English
Audience is welcome to join at any time of the programme.
Seats will be available on a first come, first served basis.
Les Agapes, a commissioned site-specific installation by Stéphane Barbier Bouvet, will be open during breaks.