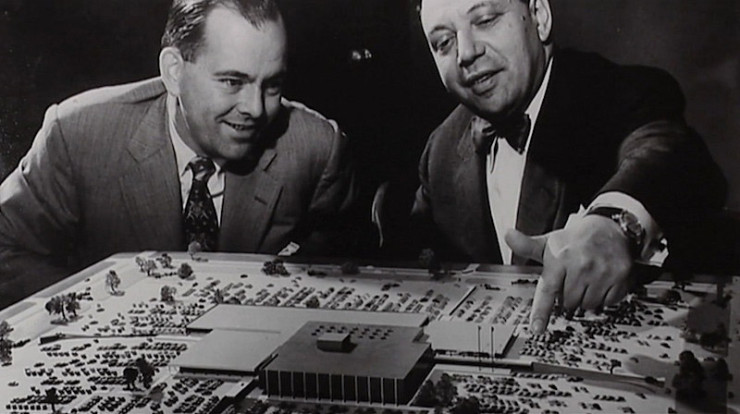 In this talk Katelijn will present the results of the summer school “Seamless retail design: integrating the spatial, experiential and digital”. The goal of this 10-day summer school was to let students from different disciplines (interior design, architecture, product design/industrial design, marketing) collectively reflect on the challenges and opportunities of the “store of the future”. The general set-up was to combine the state-of-the-art knowledge coming from both academics and experienced practitioners with the creativity of students. Three major themes were highlighted during the morning teaching sessions: retail design (spatial), sensory marketing (experiential), and online & digital developments. In the afternoon sessions, students actively engaged in a design workshop in multidisciplinary teams, supervised by experienced retail designers. Each day, the teachers of the morning sessions also assisted in supervising the afternoon sessions to ensure an optimal integration of the knowledge. The results will be presented within a theoretical framework of the evolution of retail – from the past, present end future.

The Viennese architect Victor Gruen is considered the father of the shopping centre. His ideas about urban planning, both influential and abused, have (supposedly) led to cities that serve the new gods of consumption. This public school class will first screen the documentary The Gruen Effect, produced by Anette Baldauf and Katharina Weingartner. By tracing Victor Gruen’s path from prewar Vienna to fifties America and back to Europe in 1968, this documentary explores the themes and translation errors that have come to define urban life. After the screening, a debate will be held to assess wether this negative interpretation of the shopping centre is a ubiquitous phenomenon or not. When Gruen’s shopping centre concept washed ashore in Western Europe, it encountered a peculiar socio-political climate; different to that of the United States. In the decades following the Second World War, and in part in response to the Cold War, governments across Western Europe had set out ambitious programmes for social welfare that aimed at improving the everyday lives of their citizens, thus facilitating the formation of a modern, socially responsible, culturally educated and politically responsive community. The construction of schools, cultural centres, sports facilities, holiday infrastructure, etc. was an important building block of this project. All these facilities provided spatial centrality, public focus and human density; characteristic that the shopping centre typology also possessed. We could therefore question if when Gruen’s commercial typology was first introduced to Western Europe, its underlying design principles were perhaps also consciously oriented towards eliciting a specific type of modern behaviour and building a modern community. Even from the United States suggestions have emerged that the shopping centre succeeded in creating such a reformative, community-oriented modern environment. In an article published in June 2014, the Guardian posited that ‘for mid-century Americans, these gleaming marketplaces provided an almost utopian alternative to the urban commercial district, an artificial downtown with less crime and fewer vermin … they were a place to see and be seen, something shoppers have craved since the days of the Greek agora .… it used to be where [the] young, middle-class[es] …, wearing their Sunday best, would come for weekend outings.’ Does the shopping centre thus merely serve ‘the new gods of consumption’, or is it a new figure of collectivity in the post-war urban realm?

The Public School for Architecture Brussls, La Loge, Brussels, 2015. Courtesy and copyright of the artist and La Loge.