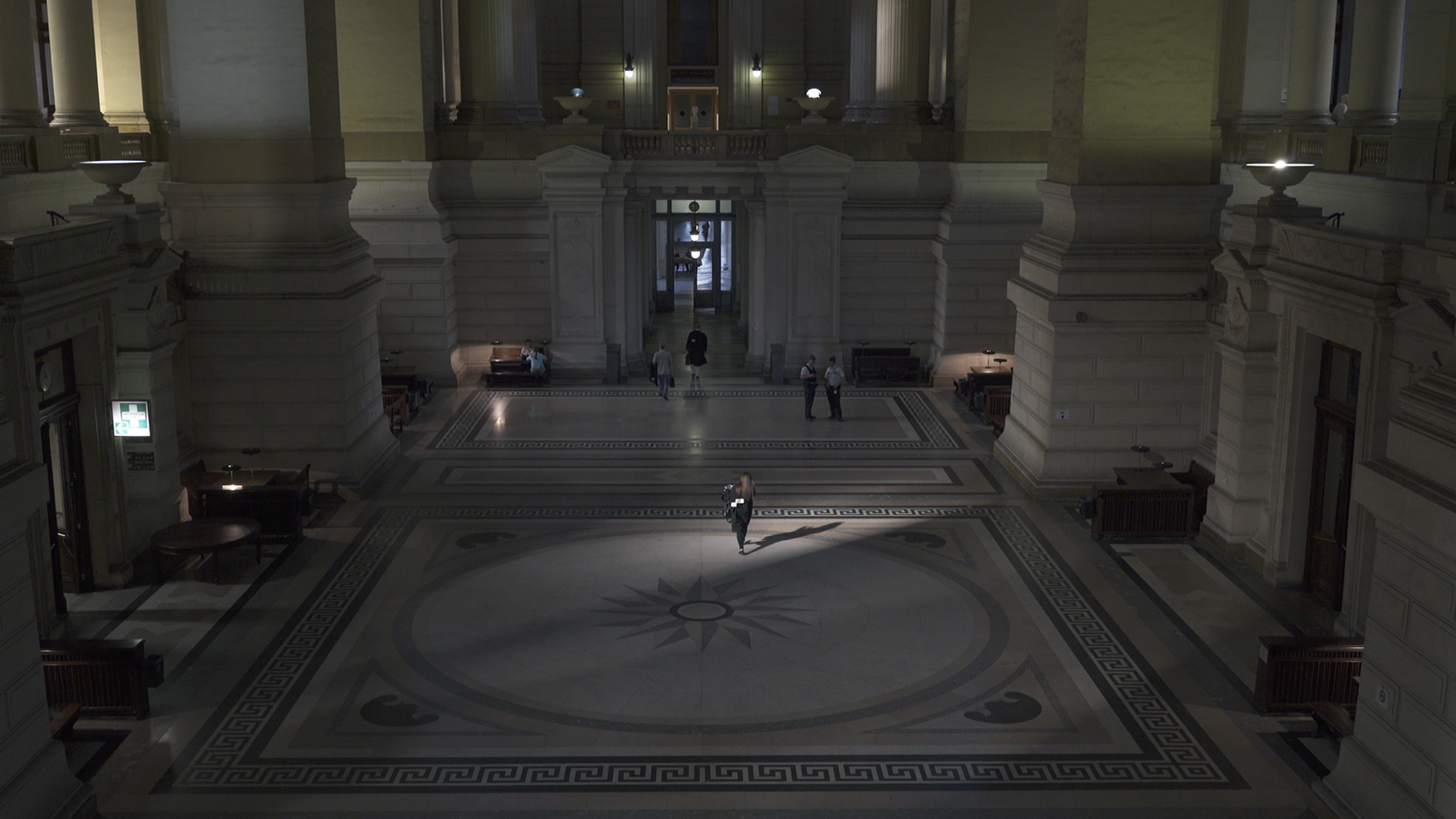 The artist talk by Carey Young, about the research and development of Palais de Justice, and her wider artistic interests in law, was followed by an informal conversation with artist Susan Schuppli. Both Young and Schuppli have worked directly with lawyers and legal tools, developing artistic projects that position law as a medium and subject matter of their practice. The artists will discuss creative responses to legal infrastructures, touching on feminism, language, architecture, and legal aesthetics, as well as the ways juridical subjects perform their roles as mediators of law. The conversation offers a unique opportunity to expand upon the ideas and issues raised by Palais de Justice, currently on view at La Loge.

Susan Schuppli is a Swiss-Canadian artist who lives and works in the UK. Her work examines material evidence from war and conflict to environmental disasters and has been recently shown at Toronto Biennial of Art, SculptureCenter (New York) and Bildmuseet (Umeå, Sweden). She has published widely within the context of media and politics and is author of the forthcoming book, Material Witness (MIT Press, 2020). She received the ICP Infinity Award for Critical Writing and Research in 2016. Schuppli is Director of the Centre for Research Architecture, Goldsmiths, University of London and is an affiliated artist-researcher as well as board chair of Forensic Architecture.